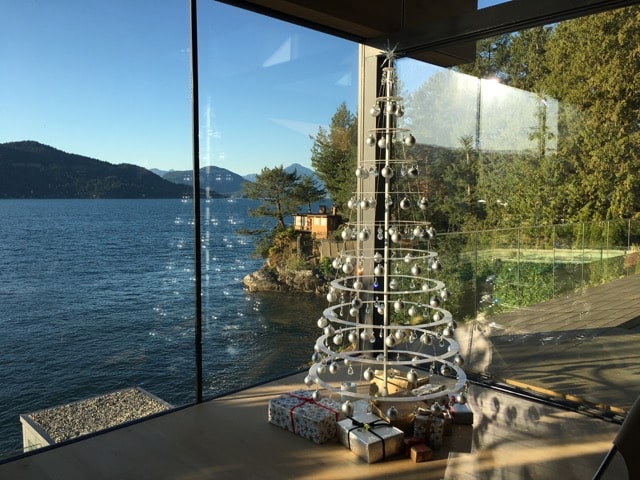 In a pairing of iconic designs, the Cadillac Christmas Tree, using our product, was prominently featured in a national television commercial campaign that reached millions of viewers in the weeks leading up to the 2019 holidays. The tree was purchased by the production team hired by Cadillac and shot over a 3 day period in Vancouver B.C.  The tree is prominently featured in the opening scene of the commercial where a holiday party seems to be brewing.  The tree fits the modern aesthetic of the home perfectly as smiling party goers purposely move though the house getting ready for the holidays.

Cadillac has a rich American history. Founded in 1902 form the dissolution of Ford, the company was purchased by GM in 1909. Although Cadillac has experienced highs and lows over its rich history, they have always been on the forefront of modern innovation starting with the production of the first V8 engine.  One of the many attractions to Cadillac vehicles were their customization options. By 1926, they offered customers over 500 color combinations. In 1953, the Cadillac Eldorado Convertible Coupe rolled onto the scene and the name quickly became synonymous with luxury, as seen in many pop culture examples from the time like Elvis Presley’s 1955 Pink Cadillac and the 1956 film, Solid Gold Cadillac.  Cadillac had become a fixture in popular culture  In 2000, Cadillac introduced a new design philosophy for the 21st century called “Art and Science“, which it states “incorporates sharp, sheer forms and crisp edges—a form vocabulary that expresses bold, high-technology design and invokes the technology used to design it.”

Modern Christmas Trees shares a rich American history as well. The tree was designed by engineer and designer Lawrence “Bud” Stoecker in 1966.  The trees were made available to the world in 2011 and like Cadillac come in dozens of colors and options. For more information on these innovative trees and their history check out the article in Architectural Digest .