Why is the Modern Christmas Tree considered a Mid-Century Modern Design? 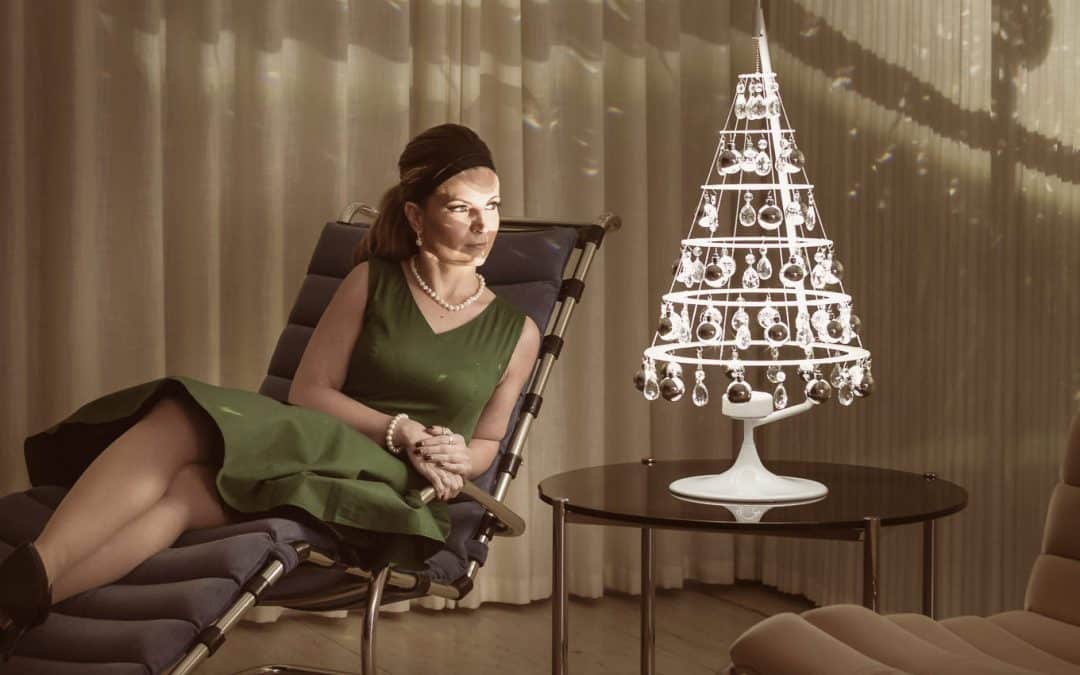 Mid-Century Modern, also known as MCM, is a design movement in interior, product, graphic design, architecture, and urban development. The time frame of this movement has its debates from time to time. Despite this fact, many people commonly argue that the design movement starts in the mid 1940’s and ends in the mid 1970’s. The common elements of this design movement include clean lines while incorporating new materials.

The Modern Christmas Tree was originally created by designer and engineer Lawrence “Bud” Stoecker in 1966. Stoecker’s design certainly fits into the timeline of the design movement, and it follows the aesthetic of clean lines. He also began exploring new materials including plastics. Stoecker’s Modern Christmas Tree also collapses flat for storing when the tree is not in use. This perfectly exemplifies the design term “ Form follows function” a principle associated with 20th-century modernist architecture. The term states that the shape of a building or object should primarily relate to its intended function or purpose.

The biggest proof of the Modern Christmas Trees validity in Mid-Century Modern Design is how it holds its own in iconic MCM architecture. Recent photo shoots show how well the tree fits into the homes. These photo shoots include the Stahl House designed by Pierre Koenig and the Farnsworth House designed by Mies van der Rohe among others.  It’s as though the tree was made for these iconic spaces.

The Modern Christmas Tree in the Farnsworth House (Mid-Century Modern)

This movement came out of the Bauhaus school of design in Germany. Many students came to America after WWI, bringing the movement to the states. Among the leaders of this design movement in America include architects Frank Lloyd Wright and Ludwig Mies van der Rohe.  We have these architects to thank for the phrase “Less is more”, inspiring many prolific architects at the time. This includes Josef Eichler, Pierre Koenig, John Launter, and Richard Neutra. These architects began to define the movement with their signature styles. Many features such as open floor plans, clean lines and large windows designed to bring in natural light and merge the outside environment with the inside of the home became fairly popular.

Carrying the flag for product design during this movement included Charles and Ray Eames, George Nelson, and Florence Knoll.  These iconic designers’ contributions are seen in their timeless design, proven by their everlasting popularity.