The Sheats-Goldstein Residence was designed and built by modern architecture icon John Lautner between 1961 and 1963, in Los Angeles California.  The house is an example of American Organic Architecture that derives its form as an extension of the natural environment and of the individual for whom it was built. The iconic house has become immortalized by Hollywood being featured in numerous TV shows and movies including The Big Lebowski and Charlie’s Angels. 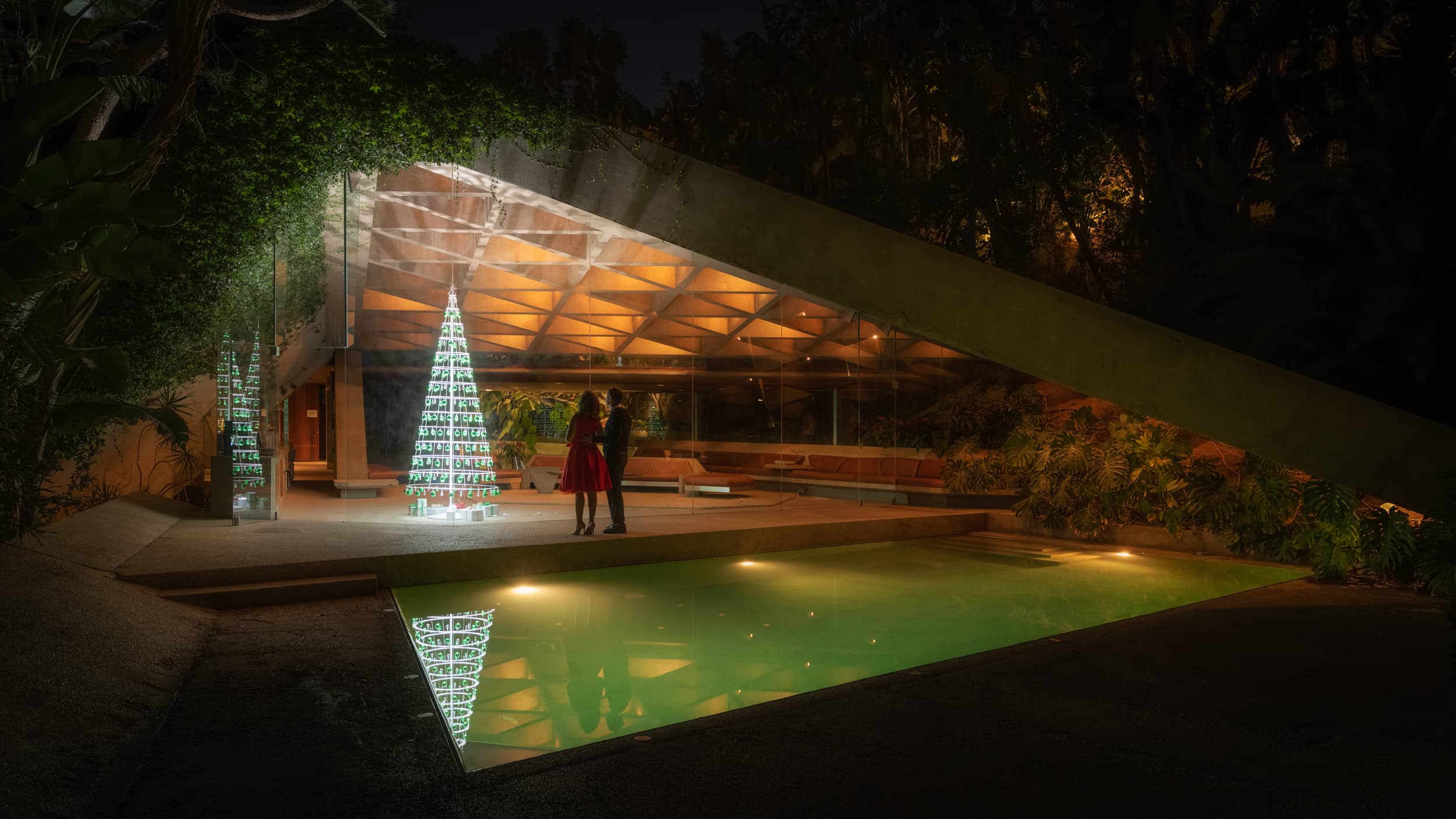